This technique is used to stabilize an ankle after injury. It can be used to repair a high ankle sprain, which damages the soft tissue structures between the tibia and fibula and causes these bones to separate. It can also be used to stabilize a fracture of the fibula. The TightRope system anchors the ends of the tibia and fibula together with a braided polyethylene cord, rather than with a rigid surgical screw, to restore the original position of the bones and to allow for proper healing. 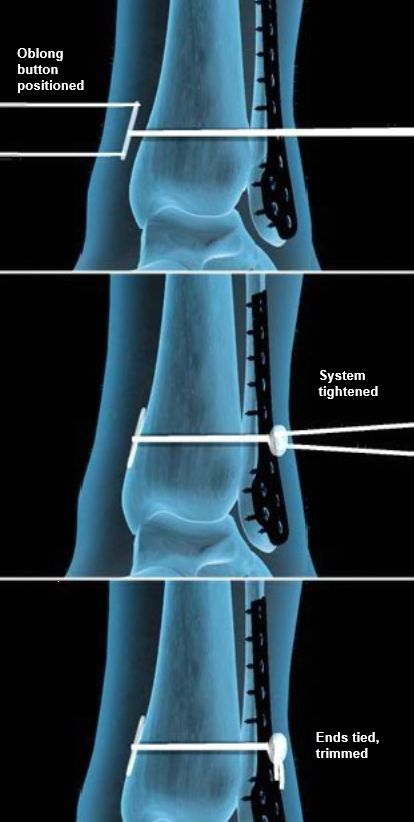 In preparation for the procedure, the patient is positioned and anesthetized, and the surgeon makes an incision on the outer side of the ankle to access the joint. If bony fragments have broken loose from the fibula, they are either removed or stabilized, and if the fibula has separated, the pieces are realigned.

The surgeon typically repairs the fibula by attaching a fixation plate. This plate is held in place by surgical screws. After the fibula has been stabilized, its relationship to the tibia can be restored and reinforced with the TightRope system.