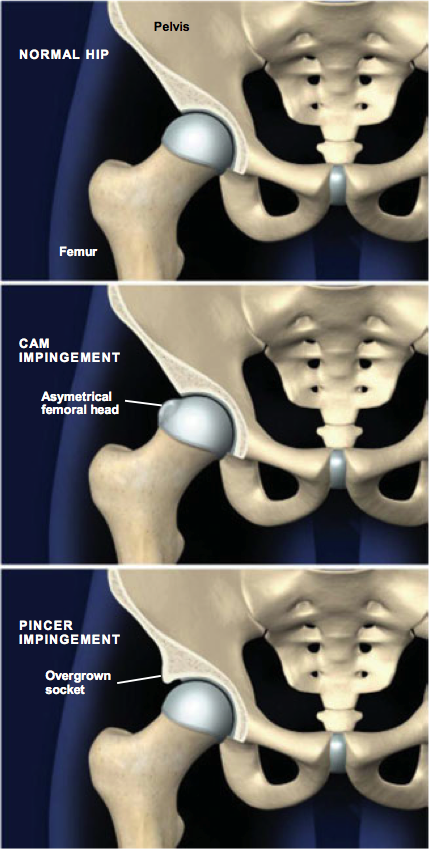 FAI is typically caused by improper bone growth of the femoral head or socket.

FAI caused by an improperly-shaped femur is called a cam impingement. This occurs when the femurs had grows into a shape that is unevenly rounded. Certain movements can cause the extra bone to catch against the edge of the socket, damaging the cartilage and labrum.

FAI caused by an improperly-shaped socket is called pincer impingement. This occurs when extra bone grows along the socket’s rim or when a socket is not angled properly, allowing the socket and femur to impact abnormally. In many cases, FAI is caused by a combination of cam and insert abnormalities.

Symptoms can include sensations ranging from a dull ache to a sharp pain, often in the front of the hip but also in the buttocks or side of the thigh. The hip may also pop or catch. Pain may increase during physical activity, or after periods of prolonged sitting or walking.

Treatment options can include changes in lifestyle that place less stress on the hip, medications to treat pain, or surgery.